Get Ready to Boost Your Libido! Do you find chocolate and a bubble bath a lot more enticing than making love to your husband? 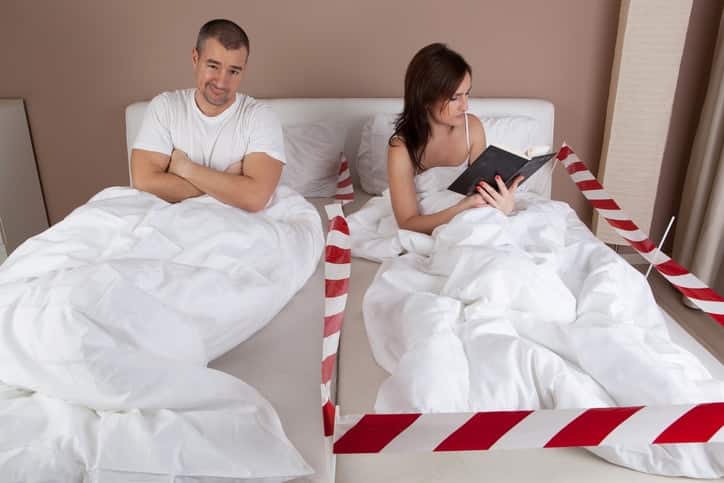 You’re in the right place!

In this course we’ll learn what libido is, and how we can use our brains and our bodies to get excited about our husbands!

One of my favorite marriage bloggers is the inimitable Sheila Wray Gregoire of Bare Marriage. She’s been a strong, biblical voice for healthy sexuality in marriage. And she’s a great friend!

As a writer on sexual intimacy in marriage, Sheila Gregoire has been such a positive and needed voice!

Sheila is the Christian Dr. Ruth!

If you’re frustrated because you never really want sex and you know your marriage is suffering,

then think of me like your fun big sister.

(you know, your biggest cheerleader that you tell your secrets to and who always has all the answers for everything. Plus she can always make you laugh even when you feel like giving up.)

We’re going to have FUN–

as I show you how you can move your marriage from BLAH to Blazing, just by understanding how your brain, body, and relationship all work together to impact your libido! Most women think that if they’re not rarin’ to go–if they don’t feel like panting–
then they must not be “in the mood”.
And soon they start to worry that they really don’t want sex very much.

But what if I told you that libido for women doesn’t tend to act like that?

And when we stop waiting for our bodies to tell us, “I’m ready to go!”, and start learning to THINK differently and read our bodies differently, suddenly everything in marriage can fall into place.

I hesitated until late last night to purchase your “Boost your Libido” course. I kept feeling this nagging tug that I needed to go through it.
I just watched the first module video… tears flooding down my face – “There is nothing wrong with me!” I want to scream it out loud! Excited and a bit nervous to continue. But determined for my husband, myself and our marriage.
Letha A.

I am, now, in the process of allowing the Lord to make new those areas that had been in the dark for so long. He is revealing so much through this program that you have put together. So I would just like to say, thank you. You really have a gift! I am so encouraged by the fruit that [my husband] and I have already seen and am excited for the fruit that is to come.
Anna

The Boost Your Libido course will teach you:

Each Module in the Course Has:

Put that all together, and you’ll find that sex is something that you can totally start anticipating–eagerly!

Before we got married 25 years ago, I assumed that I would always be rarin’ to go when it came to sex!

Why would I not want something that would be so awesome?

But within a few months we were really struggling. I had so much baggage that I brought into marriage, and I found sex to be awkward, unpleasant, and not all that fun.

Worst of all, he wanted it all the time. And the more he wanted sex, the more I felt like he only loved me for what I could do for him, and not for me.

We went through a few tough years of marriage, until I finally made a realization:

If God made sex to be awesome, and everyone else seems to think sex is awesome, then why in the world would I settle for less?

And so started a huge research project into this thing called sex–so that I could learn to not just think “we can if you want to”, but “Hey, baby, let’s have some fun!” We have been married 25 years and I am not sure that I ever saw sex as hot and holy at the same time. It was life changing for me to allow myself to think about sex with my husband and to look forward to it! And it was amazing to think, “I can enjoy it” and “feeling pleasure is a good thing that God even wants me to enjoy in my marriage”!  I am working through your course and can see a number of lies I have mistakenly believed for a LONG time.  How refreshing to talk about these important topics in a safe and Godly way. And it has opened up conversations between me and my husband we should have had years ago.

The Boost Your Libido Course is here–ready to help your marriage!

That’s an EXCLUSIVE offer to my subscribers. Other people don’t see this.

When you order NOW, you’ll get: Once I found Bare Marriage, I COULD NOT GET ENOUGH!

Yes! I Want to Boost My Libido!

I want to be excited about sex again!

Ready to Boost Your Libido?

Each module includes easy-to-follow lessons that will be actionable–right away!

Experience immediate changes, while you have a TON of FUN!

The first video was a game changer! Simply hearing that after awhile you won’t necessarily “feel” the electricity or be panting for him was my “ah ha” moment. I went from thinking “I’m not ever turned on, my libido is dead” to “Let’s get started and see what happens”.

Yes! I want to stop obsessing about this and MOVE FORWARD!

Here’s what’s in the Boost Your Libido Course:

MODULE 1: What is Libido?

MODULE 3: Why Multi-Tasking is Bad for Your Libido

MODULE 6: Your Body Matters. Just Not the Way You Think!

MODULE 7: Feeling Comfortable in Your Skin

MODULE 10: Why Emotional Vulnerability is Sexy!

And Remember, When You Order, You Get:

♥ Lifetime access to the 10 videos, lessons and assignments
♥ The Boost Your Libido ebook, 122 pages of the best posts I’ve ever written about libido
♥ An invitation to a Private Facebook Group!
♥ $10 off the normal price of $39–but only until [deadlinefunnel type=’deadlinetext’]!

Because your marriage is worth it.