When women can’t reach orgasm or don’t receive a lot of pleasure from sex, a lot of times it’s because they’ve never figured out the arousal piece.

We’ve been talking on the blog lately about that arousal piece, and what can hinder it, and in today’s podcast, Rebecca and I try to fill in some of the blanks. It’s a shorter one because we’re under such deadline to get our book done, but we wanted to share some thoughts with you anyway.

Why is arousal the missing piece?

Becoming aroused means being in touch with your body, and many women were never given permission to do that, or were actively taught things that made it much less likely.

We’ve talked about this on the blog a lot lately, and I just finished writing a chapter about it for The Great Sex Rescue (our new book due in at the publisher tomorrow!).

And we thought we’d try to summarize much of the points we’re making here (and summarize some of your amazing comments, especially from the gatekeeper post) in this podcast.

I mentioned a few things I also want to share with you. First, I’ve shared this video before, but it really is awesome.

We also know that if couples can get that arousal piece early in their sex lives together once they’re married, sex becomes much better for her. But the problem is that we often rush to sex because we feel like we have to, and then it’s hard to go backwards afterwards (because it will feel like you’re going backwards).

When did informal surveys on Twitter and Facebook, I found that about 46% of women were not aroused the first time they had sex after the wedding, and that’s a stat that I’d love to see come down. Let’s talk about arousal as if it’s just as important as intercourse, if not more so (because it is). If women’s pleasure matters (and it does), then figuring out how to get her aroused early sets things up so much better. If we “do the deed” when she’s not aroused, though, we can create dynamics where it’s harder to learn later.

That’s why we were so adamant in The Honeymoon Prep Course that arousal is the big thing couples should work on first. If you’re getting married soon, please take it together! And if you have children, friends, nieces, whatever getting married soon, you can give it as a gift, too. Just purchase it, and then reply to the confirmation email and we’ll get you all set up! 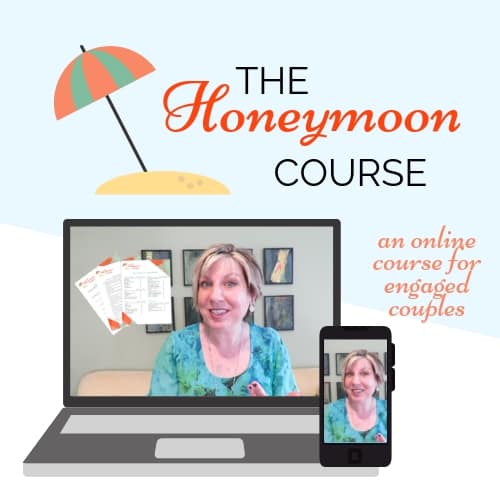 To be totally honest, I don’t have a lot of time to elaborate today.

We’ve been working at least 12 hour days the last week trying to get this book ready, and I’ve got to go edit. That’s why I haven’t been as active in the comments, too!

But I am so looking forward to tomorrow afternoon after I hit send!

I hope you enjoy the podcast, though. It was actually a good break for us to record this between edits.

So let us know what you think: How can we teach better about the importance of arousal? What tips help? Let’s talk in the comments!

← Can We Stop Saying Singleness is God's Will? How Can the Church Handle Singleness Better? →