Can We Stop Saying Singleness is God’s Will? If you’ve never been married, does that mean that it was always God’s will that you would be single?

I think we talk about that a lot–that people are “called to singleness”, as if God decides before you were born, “Oh, I’m going to make sure that Jennifer doesn’t get married,” or “I’d prefer Stacey never meet the man of her dreams.”

Now, I do believe that God puts on some people’s hearts to be single, and to dedicate their life to a singular purpose to serve Him, in which singleness is necessary. But I don’t think that’s the majority of people who are single. I think that’s a misreading of what God’s will means.

I had a reader send me in something that she saw on Deb Fileta’s wonderful blog–that Deb ran in a post as well because Deb found it so great. (And Deb’s book True Love Dates is awesome, by the way!). You should follow Deb; she’s got real, down-to-earth advice for both dating and marriage.

Anyway, this woman wondered if I would run the comment as well, and I decided that it is really insightful and may start a big conversation.

So here’s the start of it (and you can read the whole thing here). 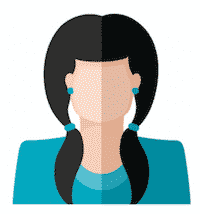 As a lifelong single woman who knows what it’s like to feel unfulfilled, undesired, and scared of a future alone, my heart breaks when I read despairing comments from others in the same boat. Not only can I relate to their pain, but I also feel so sad when I see some singles questioning God’s love for them. I think there’s a tendency to be disappointed in or even angry at God for what we perceive as His failure to provide us with the human relationships we need. So often we don’t stop to think that maybe the Lord does NOT want us to be alone and is just as heartbroken as we are that we can’t find a godly spouse.

The fact of the matter is that we live in evil times. True believers who want a real relationship with Christ have always been in the minority, but they are becoming even more scarce as we close in on the end times. Single women outnumber single men in churches three to one. God is not willing that anyone should perish, but we know that He doesn’t force people to turn to Him. If so few single men in the US have chosen Him, there will necessarily be many single Christian women without husbands.

Contrary to what some singles might think, I believe this situation grieves God. He clearly laid out his plan for most people, and it was the family unit–marriage and children. So He considers those things good. The fact that so many of us can’t achieve His plan must make Him very sad, I would think.

I think this is so true. I remember one of the big prayer requests of some missionaries that we supported in the Middle East was that new converts would find marriage partners, because there just weren’t a lot of singe Christians in this particular country. When the numbers aren’t there, then some people will remain single, even if they don’t want to. It doesn’t mean that God looked down and said, “you won’t get married!” It’s just the state of things on the ground.

She goes on to talk about how damaging the idea is that God specifically chose YOU not to marry.

That can really mess up a person’s view of their relationship with God. If you look around and most of your friends/family are married, but you are not, what does it do to you to hear that God intended for all of them to marry, but specifically intended that you not?

I think there’s simply a math thing going on here, and let’s think about this in broader perspective.

And yet there are more women in the church than men.

Does that mean that it is God’s will that there are more women in the church than men? Or is it simply that many people resist God’s call on their life, and that men are more likely to resist it?

And that means that there will be more single women. And I think, just as God mourns that so many choose to reject him, God also mourns that many are single when they don’t want to be.

Can we see it that way? Can we stop telling single women, “God planned for your singleness,” like you were chosen from the very beginning never ever to be married, like you won the most unlucky lottery ever? And can we tell women that God mourns, too, when we are lonely?

God is still enough for them. God is still close to them. God can still use them, and in many cases he can use single women to have an even larger impact than married women (1 Corinthians 7). But I do think the way we talk both heaps shame on these women, and adds an ugly layer to what they’re supposed to believe about God.

We need to remember that God created this world with free will baked in. That means that people’s choices will affect us, for good or bad. And sometimes people will suffer for others’ choices, even if God would have preferred it to be different. But He allows us to choose. And His presence is here for us, even if things don’t go the way that we would want them to. So what do you think? Is she right? Is this a better way of talking about singleness? Let’s talk in the comments!