What Happens When We Get Gender Stereotypes Wrong? Yesterday we posted an important podcast about the idea that “men need respect and women need love”, and that these should be unconditional.

It’s blown up on Twitter, and I’ve had so much feedback it’s hard to keep track. But a few things have come out of the conversation that I think it’s important to point out.

First, if you didn’t listen to that podcast, please do. It’s an important one. It shows how the idea behind “Love & Respect” is based on two things: an incorrect reading of Ephesians 5:33 (they ignored the original Greek which implied the opposite of what they teach), and a poorly written survey question directed only at men. As someone on Twitter said, “you have to laugh or you’ll just cry.”

Listen to the podcast, or watch it on YouTube!

When we make gender generalizations, we can leave out at least half of couples

In Love & Respect, as I said yesterday, they base their “men need respect, women need love” on a survey where they only asked men, and 74% of those men chose respect.

We showed that other surveys have used the same question on women, and 65% ALSO prefer respect.

But let’s assume that that’s not the case. Let’s give them the benefit of the doubt, the best case scenario, and assume that 74% of women would have chosen love.

But let’s think through the math of that for a second.

This, my dear readers, is why we have to start questioning things in Christian books when we read them, especially around gender differences.

We’d all be better off.

And that’s really the focus of my book 9 Thoughts That Can Change Your Marriage, which tries to approach marriage through the lens of “how can we look more like Christ, and encourage our husbands to look more like Christ, rather than just focus on gender?” We plant Jesus firmly in the centre, which is where He should be all along. 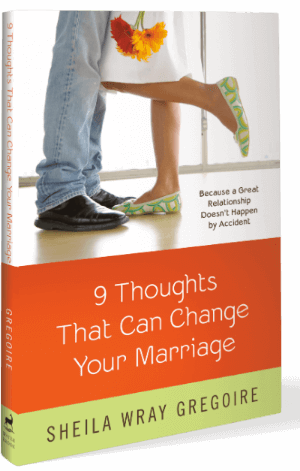 A few other interesting comments on yesterday’s podcast on Love & Respect and bad science:

One thing that claim also misses is that if someone loves you they will respect you. You can’t have love without respect. So it’s like saying, “men prefer apple pie over dessert, whereas women prefer dessert.” It doesn’t actually make sense.

I think it sends such a dangerous message to women, who, thinking (as this book and “study” imply) love and respect are mutually exclusive, will allow her husband to disrespect her as long as he “loves” (shows affection) her.

I always HATED this saying growing up. It is so generalizing, defective, and sincerely offensive. At first, I merely accepted it at face value. And then when I began to think about it for myself and test it by Scripture, it just fell apart.

Hi—as a survivor of a cult veiled and hidden within an evangel church, who has suffered a decade of cognitive dissonance due to being falsely taught and KNOWING that the truth was something else, I wanted to personally thank you for what you’re doing. Thank you.

So listen to the podcast.

And let’s all do better! Have there been gender stereotypes you’ve heard at church that have bothered you? I’m trying to get in the habit of not spreading them–though it is a difficult to habit to break. Let’s talk in the comments!

← PODCAST: Why Unconditional Respect Isn't a Thing Reader Question: Do I Have to Endure Terrible Gifts from My Husband This Christmas? →