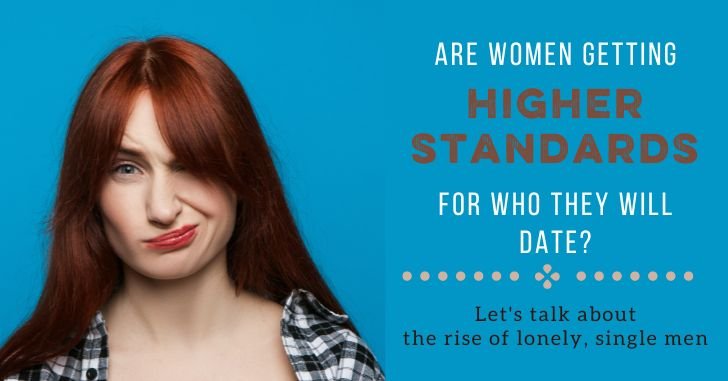 What if men are finding it hard to find a mate because women are getting higher standards? And I checked out the references the post uses, and they appear to hold up! A peer reviewed study does show that single men are lonelier than single women, and that loneliness among men is increasing.

And, yes, more men are on dating apps than women.

So let’s look at the claims in the article!

Women have higher standards about who they will date

Women would rather be single than date someone like that.

And so women are super choosy on dating apps, and many have left the dating market altogether, leaving men in much fiercer competition for the women who remain.

The article says that the big problem is that men have a skills deficit:

For men, this means a relationship skills gap that, if not addressed, will likely lead to fewer dating opportunities, less patience for poor communication skills, and longer periods of being single. The problem for men is that emotional connection is the lifeblood of healthy, long-term love. Emotional connection requires all the skills that families are still not consistently teaching their young boys.

This reminds me of the series I did on emotional maturity.

I wrote about how in evangelicalism, men are taught to not be emotionally mature.

In fact, our best-sellers encourage emotional immaturity in men.  And they also work directly against direct communication for men.

I wonder, then, if this problem is actually greater in Christian communities. Many, many women have told me they prefer to date secular men than Christian men.

When women are in a community, then, where women are seen as “less than”, and where they are expected to follow men’s opinions rather than their own; abdicate their own dreams in favor of their husbands; and exist as an appendage to their husband, many women are bowing out. Combine that with our evangelical culture that teaches that women are responsible for keeping men from sinning by dressing modestly and then by providing sexual favors when married (even during the postpartum phase), and many women are just saying no.

All of this brings me to something else that happened this week that took me by surprise.

I shared a Fixed it For You of a man writing that a husband’s job is to get his wife ready for Jesus. 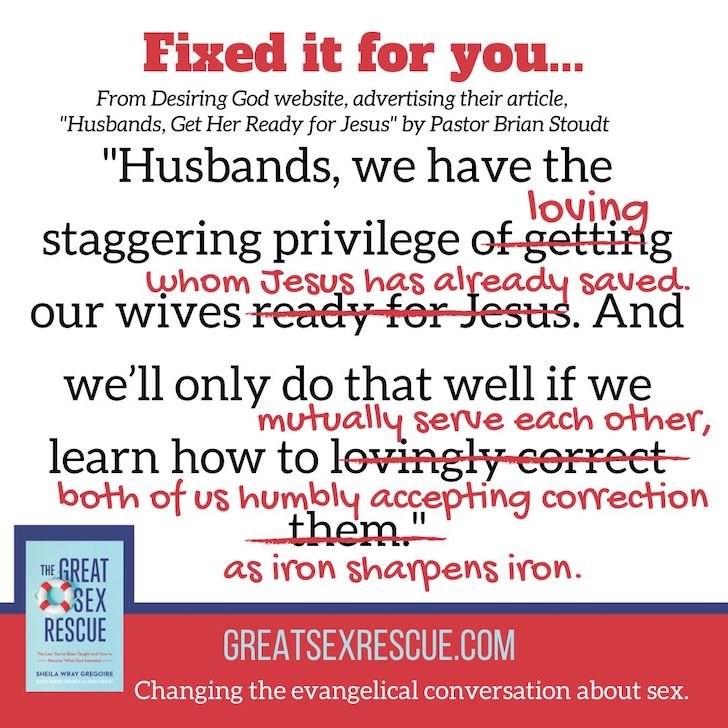 I couldn’t believe how much this blew up on all my social media channels! But what was interesting about this one was how many women were just done. Absolutely done. They were having none of it.

And yet I had pushback from many men, claiming this is how it should be.

Four and a half years ago, when this article was first published, I wrote about why husbands aren’t to get us ready for Jesus, and there was widespread support for my stance. But this year the support was accompanied by downright anger at the injustice and the distortion of the gospel to elevate men. So many women are completely and utterly fed up.

The truth is that a lot of women bring more to the table than many men do.

Women can care for themselves financially; can look after a home; can keep family relationships intact and together; can get their long term goals in place and pursue them. If they are going to marry, then, they need a partner who enhances their life; not someone that holds them back or makes more work for them. Men have to bring a lot to the table too.

This is not to say that men don’t; but increasingly stats are showing that young women are more impressive than young men, at least if you look at job prospects, emotional maturity, and life skills.

If you’re a man who honestly believes that you are to be your future wife’s leader and your job is to correct her, then, it’s going to get increasingly difficult to find a woman who wants to fill that role.

Women are realizing that we are whole people, made in the image of God, and that our allegiance lies first to Jesus, not to our husbands. It is Jesus that we are to follow. And men who want to find women who will obey them may find that it’s an awfully small pool they’re picking from.

I think this is a good thing, and a good trend, and I hope that it means that we start raising our boys to be more emotionally mature, more able to have good relationships, and more able to look after themselves and their households without a woman, so that they can pull their weight. Because if we want to raise boys who will be good catches, it’s about more than just making sure they go to church and making sure they have a job.

It’s about making sure they’re actually a good partner. And that starts with raising them to respect the girls around them, take responsibility for themselves, and not feel entitled to other people’s deference and obedience. 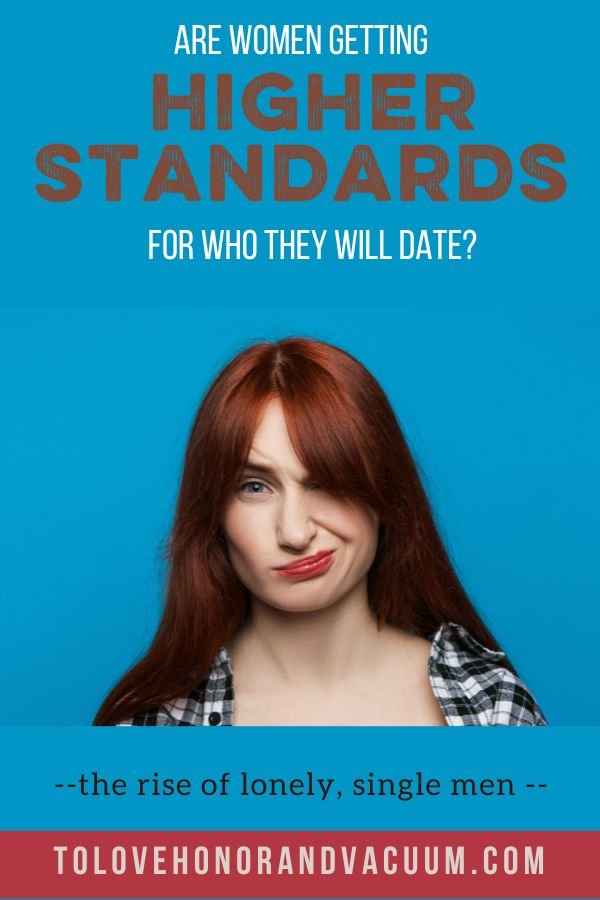 ← PODCAST: Meet Katharine Bushnell, Another Hero You Need--Plus Fixing Sexist Bible Translations Can We Honor Our Bodies' Rhythms? And Why that May Mean Saying No to Sex Sometimes →

Can you "get over" grief? Can you recover from the loss of a child, the loss of a spouse, or the loss of a parent so that life can become normal again? A few  years ago I wrote an important post on what grief looks like, and that post has been shared a bunch of times...

The World’s a Mess. God Still Sees You.

This week the world watched as America went crazy. It actually broke my heart to see the nation that has been the shining light of democracy the world around have insurrectionists attempt a coup. I have had the privilege of visiting so many moving American monuments...

Last week Instagram went crazy because model Chrissy Teigen posted a heartbreaking picture after her miscarriage.  While there was an outpouring of support, there was also a ton of criticism. She has no right to be sad because of her political views. She shouldn't be...