My husband Keith wanted to come on here and talk about the remarks of “man-bashing” that have shown up in the comments recently.

Okay, since the “man bashing” charge has been levelled yet again, I guess I have to step in.

Honestly, this happens so regularly that I shouldn’t be shocked any more, but it still frustrates me. For anyone who needs to be brought up to speed, here’s a graphic Sheila posted a few weeks ago:

This graphic was part of a series that was highlighting how imbalanced the expectations are in the evangelical church for men and women (that was later turned into a post on double standards). While most of the comments were people trying to wrestle with this uncomfortable dynamic, she had a few commenters basically say: “No one teaches this. You’re just man bashing.”

No one is teaching this? What universe is he living in?

But let’s assume he is being serious. He’s basically saying Sheila is making a strawman argument, where you create a caricature of your opponent’s position and argue against that instead of the real position. But even if Sheila were creating a strawman (and I will show shortly that she is not), then what is the point in also saying she is man bashing?

If nobody actually teaches this, then how are men being bashed by saying this is wrong?

The only men being bashed are the ones who think that it IS reasonable to expect a woman to have sex even if they feel used, distant and like a sex toy.

And if those men don’t exist since nobody is teaching this, why be so offended? 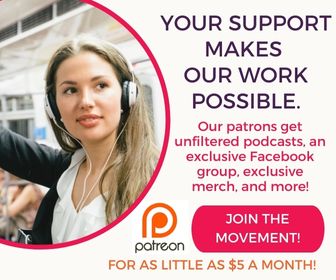 But unfortunately – to our shame – we do teach pathetically low standards for what is expected out of men in the evangelical church.

Let me present Exhibit A: “Mary’s Story” from the book “Every Heart Restored”, written by Fred & Brenda Stoeker.

This book is part of the “Every Man” series, which includes 29 titles and has sold millions of copies. If this story teaches the things Sheila warned about in her post, then to say that “no one is teaching this” would be clearly false. Spoiler alert (and trigger warning) it does exactly that. Not only does it minimize the coercion of women into sex against their will, the entire chapter is an exercise in gaslighting women that selfish men are simply misunderstood and women who want to stand up for their own dignity are in fact the selfish ones.

The gaslighting starts in the first sentence.

The authors frankly tell us they share this story to show “how easily a woman can mislabel her husband’s intentions and decisions through biased female perspectives.” Do you get that? She is mislabeling his intentions because she is biased. Keep that in mind as we go through the story.

Mary felt like her husband, Greg, had no time at all for her. So she made a New Year’s vow to have sex with Greg whenever he wanted it. She was already “feeling used” in their sex life, but she was challenged by a book that said if she did this, her husband would want to spend more time with her. So she did it with the hope of improving their marriage. Instead, it ended up being “the worst, most degrading year of my life”. She documents how her decision resulted in Greg selfishly using her for an entire year as a “human toilet for semen”. At the end of the year, she explained this vow to Greg and said that she couldn’t do it anymore. Mary relates that Greg was angry that she “essentially set him up to, in his words, “rape me” daily for a whole year”.

The description of the year is quite horrific.

Greg woke her up “every morning at 5:00 to roll me over and screw me”. He had “testosterone temper tantrums” if they “went four or five days without sex”. He pursued her when she went into the shower, “salivating for me to soap him up for a hand job”. The authors clearly recognize how horrible this is, saying they had “passionate discussion” before deciding to “leave her vivid and edgy language” in the telling of the story. Unfortunately, what follows after the telling of Mary’s story is arguably more hideous. The authors go on to dissect what we are to learn from this story, and nowhere do they actually call Greg to repentance for his bad behavior.

As I said, the authors started the chapter by telling us that women “mislabel” men’s intentions.

Well, let me speak as a person who is not afflicted by any pernicious “biased female perspectives”.

The most charitable label I could assign to Greg’s behavior is “selfish”. But astoundingly, nowhere do the authors really own that. Instead, they spend the entire rest of the chapter trying to explain that due to Greg’s “hardwiring”, his behavior was not his fault and we need to cut him some slack. Yes, they give some lip service to the idea that what Greg did was bad, but they immediately shift the focus away from that without any call to repentance and change. At one point, they glibly describe his behavior as “reprehensible”, but then in the same breath excuse it as coming from ignorance rather than heartlessness. Nowhere do they say Greg needs to change his view about sex, rebuild trust with his wife or in any way become a better man.

So don’t tell me “no one is teaching this”.

And don’t tell me it is man bashing to say it needs to stop.

It is not man bashing to say that we all need to listen more to the perspectives of women.

The authors of Every Heart Restored point out after sharing Mary’s story that “any woman’s heart is deeply stirred with sympathy for Mary”. Yes, as it should! That sounds like a horrible experience to live through. But why any woman’s heart? Should not men be equally sympathetic? Where is the call for men to similarly feel sympathy for this woman? It is nowhere to be found. Rather, they inexplicably go on to explain that instead we should all have sympathy for Greg, giving point by point rebuttals to any objections we might have to reframing the situation in this way. It is not man bashing to see through this and call it for what it is: DARVO

And it is not man bashing to acknowledge that Greg actually hurt Mary by what he did.

Mary recounts in painstaking detail how that year “mortally wounded her sexually”.

She mourns how “sex has now been separated from love in my mind”. But the authors do not acknowledge that pain or loss. They do say they can “understand why – from a female perspective – Greg’s unabated enthusiasm for frequent, almost mechanical sex makes him look like a selfish pig”, but their conclusion is that it is all just Greg’s “hardwiring” so it’s not his fault. Basically, Mary needs to realize that God just made men that way so Greg couldn’t help it.

It is not man bashing to say men can do better than that.

The irony is that I will likely be called a man basher by some for criticizing an “Every Man” series book.

But if you ask me, the idea that men are “hardwired” to sin and they can’t act like decent human beings unless their wives give them regular sex is beyond flawed.

It basically says that men are God’s mistakes that women need to clean up after.

And I think that is man bashing. What do you think? Do you think the standards for men are so low that asking for more than the bare minimum counts as “man-bashing?” Let’s talk in the comments! Keith has been married to Sheila for over 30 years! They met while he was in pre-med at Queen's University in Kingston, Ontario. He has served as Chief of Pediatrics in the Quinte Region, and has been the chair of undergraduate pediatric medical education at Queen's University, and participated in the Royal College examination board for new pediatricians. He is the co-author with Sheila of The Good Guy's Guide to Great Sex, and a new marriage book they're working on. An avid birder, he loves traveling with Sheila all over North America in their RV.

PODCAST: How Many Christian Men Are Safe? Plus What Masculinity Is!

It's time to talk to the guys today--and look at what masculinity really is! On the last Thursday of every month I like to aim the podcasts more at men (though of course women can get a lot of them too!). And today we tackled safe masculinity, or what true masculinity...

Real Men are not Bullies: Let’s Talk about the Church’s View of Masculinity

Every now and then my husband has something he really needs to get off of his chest, and this is one of those days! So I'm going to turn the blog over to him today, because he'd like to talk about masculinity. We'll be talking about this on tomorrow's Bare Marriage...